Our Board’s composition is a strong, balanced blend of skills and experience, allowing it to offer guidance in core areas important to AllHealth, Inc. With five members, two from the Hospital Association of Southern California, the Board seeks to actively serve the interests of hospitals. 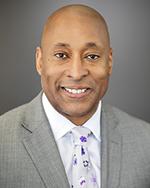 George W. Greene, Esq., has served as president and CEO of the Hospital Association of Southern California (HASC) since 2017. HASC has more than 180 member hospitals spanning Los Angeles, Orange, San Bernardino, Riverside, Ventura and Santa Barbara counties. Prior to joining HASC, Mr. Greene had served as president/CEO of the Healthcare Association of Hawaii since July 2009. Previously, he held roles with the American Hospital Association and Sharp HealthCare in San Diego. He began his career in Washington, D.C. where he worked for a U.S. 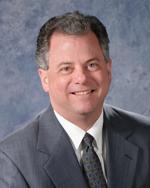 Scott Twomey, president of AllHealth, previously served as senior vice president/chief financial officer of HASC. During the 20 years prior to joining AllHealth/HASC, he held senior management positions in the high-tech, transportation, and food and beverage industries. He received his bachelor’s degree in economics from UCLA and his MBA from the University of Michigan.

Walter W. “Bill” Noce, Jr., has had a successful 38 year career as a hospital executive, including CEO at Childrens Hospital Los Angeles and executive positions at St. Joseph Health System, Orange.  He is currently chairman of the board of the California HealthCare Foundation and serves on other boards and philanthropy organizations. He is past chairman of HASC, California Hospital Association and Child Health Corporation of America.  Noce has a master’s degree in Public Health from UCLA and a bachelor’s degree in Biology from La Salle University, Philadelphia.

Craig Beam is managing director of CB Richard Ellis and has extensive experience as an advisor to many national and regional health care systems and physician groups for over 25 years, including MDS Consulting, Hammes Company and Beam & Associates.  He most recently served as chairman of the American Heart Association and is currently the Treasurer of the World Heart Federation.  He also has been on different boards of the National Institutes of Health, PacifiCare and UniHealth.  Beam has a degree in business administration from California State University, Fullerton.

Michael Madden retired with over 40 years in health care.  Most recently he served as vice president of Advocacy and Development for Providence Health, a 29 hospital system covering five states.  From 1993-2006 he was chief executive officer of the Southern California region for Providence, covering four hospitals. His career included past chair of HASC, California Hospital Association and the Alliance of Catholic Health Care Systems.  Madden has a master’s degree in Hospital and Health Administration from the University of Minnesota, and attended the Advanced Management Program at Harvard Business School.